Mars in Aries 2020: That Fighting Spirit 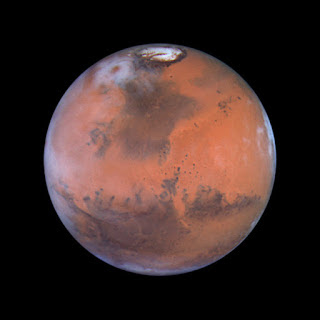 Astrological Mars traversing its own sign of Aries, the me-first sign, begins June 27, 2020 edt with a sextile to Saturn Rx @00AQ15, an aspect of modesty, setting priorities, and/or multi-tasking. This is not the only positive aspect that Mars, planet of energy and motivation, will make on its journey through Aries but it is the first and on some level, will set the tone until Mars enters Venus-ruled Taurus on or about January 6, 2021 (est).

One underlying difficulty can be described by various squares between Mars and Jupiter in 2020 for these periods trigger potentials for overestimation of strength, hasty actions, too much or too little force being used when the opposite is needed, plus, a general lack of moderation will sometimes be in evidence.

Yet the general difficulties in society that could be created by the testosterone-driven me-first planet in its sign of Aries may primarily issue from the warrior planet's squares to karmic heavyweights Saturn and Pluto which meet in Great Conjunction on January 12, 2020 @22Cap46, as you know.

So here's a brief list of the dates of the Mars squares to each planet along with some possibilities that are contained within the squares, a dynamic aspect of frustration and blockage (dates are on or about and are ET):

Mars square Saturn (20Ari09/Cap) 3x: August 5, October 16, and December 12, 2020. This square suggests anger, total frustration, restraint, denial of aggression, tests of self-control, activities blocked by resistance, and the need for solutions. A Mars-Saturn square denotes people who tend to use collective power and social sanction for self-aggrandizement, waste resources and money (usually other people's), promote social and religious fanaticism (East or West) with no care for how destructive their beliefs and actions are, and--there's no other way to say it--to wage war. Political and social controversies are certainties to be triggered or aggravated by this square yet as Ebertin says, 'blind zeal is detrimental'.

Mars square Pluto (22Ari58/Cap) 3x: August 12, October 7, and December 20, 2020 which suggests extreme efforts, obsessions, a drive for dominance, strategy (plans for control), and/or the possibility of medical procedures. A do-or-die attitude will be noticed along with strong willpower, the potential for violent acts to occur, plus, we may expect that weapons of war will be on society's mind if not on our menu.

So as you see, August, October, and December 2020 are key months for aggressive Mars on its determined march through Aries and although the energies may not express easily, we may hope that the blocks and frustrations created by what are karmic squares to impulsive Mars may create some relief for humankind even as we reap what's been sown which can be either positive or negative depending on the sort of seeds planted in the past.

Now as you know, fiery Aries squares Cancer and Capricorn, opposes Libra, sextiles Gemini and Aquarius, and trines Leo and Sagittarius, so personal planets in those signs will be affected at various points by energetic Mars in Aries 2020.

For more on Mars see Planet of Desire: Mars Through the Signs.